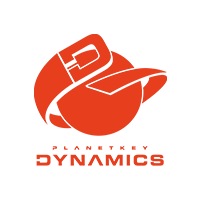 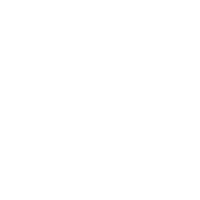 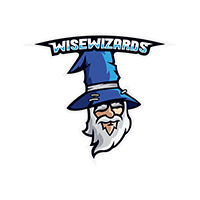 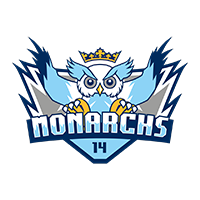 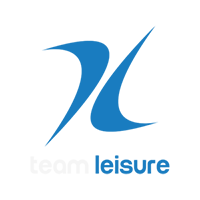 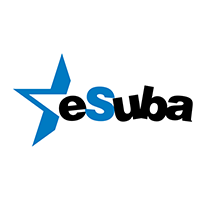 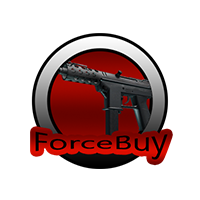 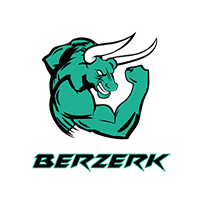 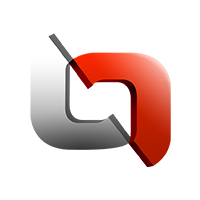 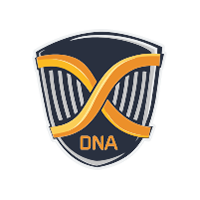 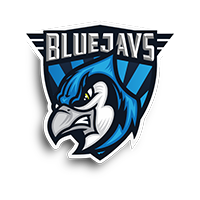 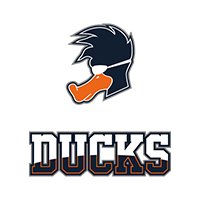 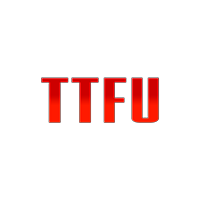 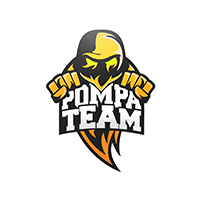 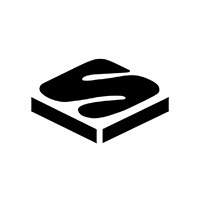 iiyama is one of the world’s leading manufacturers of computer monitors. Efficiency, performance, reliability and user comfort are all key to the development of iiyama products.

iiyama’s success has been achieved by the consistent evolution of high quality product and by bringing them to market at an accessible price. From day one, the emphasis was not along standard lines of mass production, but rather to apply the human element at all stages of the manufacturing process. This philosophy is still central to everything that iiyama creates and our research and development is based on the concept of creating people friendly product. Utilising the most up to date technology has also become an essential element of iiyama’s manufacturing process and consolidated purchasing and global resourcing has ensured that iiyama retain our competitiveness without compromising quality or features.

New products will not be introduced to market unless we are certain that they offer a real benefit to the user and match our famous price / performance ratio. 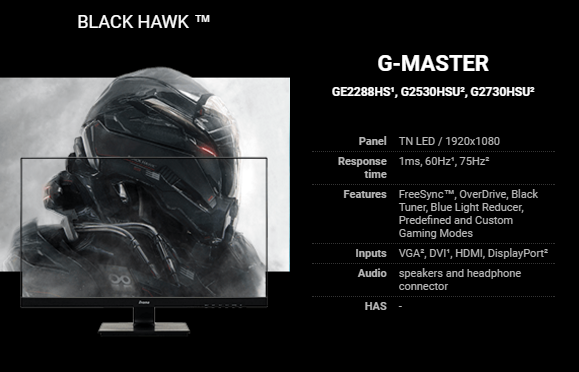 Get in the game
No matter if you are a newbie or an old wolf in the world of gaming, the 24.5’’ Black Hawk G-MASTER G2530HSU is the perfect companion at your side.
Capable of displaying Full HD images at 75Hz refresh rate it will always have your back. Armed with Black Tuner function and FreeSync Technology with a stunning 1 ms response time, the Black Hawk guarantees you will see every tiny detail even in the shadowed screen areas and will be able to respond to the changing situation in an instant.
Triple input support (VGA, HDMI, DisplayPort), speakers, headphone connector and a USB hub are all included. So stay in control, keep calm and get in the game! 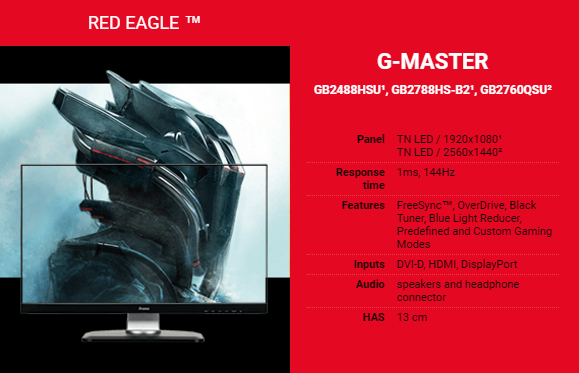 Red Eagle – fly high with your ultimate partner in battle
The 24’’ G-MASTER GB2488HSU known as Red Eagle is a real game changer, giving true gamers the competitive edge they need to make split second decisions. It spikes down on your enemies with a blistering 1 ms response time, ensuring fluid and accurate transition between the images. Armed with FreeSync technology and 144Hz refresh rate, this powerful predator has no mercy for ghosting effects or smearing issues. Perfect vision manifested in the ability to adjust brightness and the dark shades with the Black Tuner delivers greater viewing performance in shadowed areas. No matter which you prefer: RTS, MOBA and MMO – choose Red Eagle and rank yourself top of the gamer community food chain. Gold Phoenix – Went up in flames and rose from the ashes
GOLD PHOENIX – 28” G-MASTER 4K monitor supporting FreeSync™ technology
The 28″ G-MASTER GB2888UHSU known as Gold Phoenix, features 4K (3840 x 2160) resolution, offering a gigantic viewable area with 4 times more information and workspace than a Full HD screen. Due to the high DPI (dots per inch) the monitor displays an incredibly sharp and crisp image. Featuring 1ms response time and FreeSync™ technology, it ends choppy gameplay ensuring fluid and accurate transition between images. With the Black Tuner functionality the brightness and the dark shades can be adjusted, giving greater viewing performance in shadowed areas. USB 3.0 HUB, integrated speakers and a headphone socket ensure compatibility with any Desktop PC or Notebook. The GB2888UHSU is perfect for gamers and demanding users who settle only for the best specifications. Silver Crow – enter a new dimension
The 27” G-MASTER GB2783QSU known as Silver Crow opens you to a whole new level of gaming experiences. As the 2560×1440 display offers 77% more on-screen space than a standard 1920×1080 full HD monitor, the Silver Crow makes sure all the finest details are displayed with perfect image clarity. Nothing will skip your attention. The blue light reducer function along with the flicker free panel are the shield your eyes need to guarantee your vision remains well protected. Armed with FreeSync technology and 1 ms response time the Silver Crow is ready to lead you into the toughest battles, leaving nothing to chance – the faith of your gaming destiny rests in your hands alone.

Q: What is this tournament about?
A: The name and idea behind the „HomeMasters“ is an own esport tournament series by the Playing-Ducks organization. The HomeMasters includes games like Counter-Strike: Global Offensive, Overwatch, Rainbow Six, FIFA and others, with an „online qualification“ or invites. The finals with the both best teams, will take place at the Gaminghouse of the Playing Ducks in Peine, Between Hanover and Braunschweig.

Q: When will the open qualifiers take place?
A: The qualifier schedule is:

Q: Where can fans watch the tournament?
A: Matches will be streamed on the Playing Ducks channel on Twitch.

Q: How will the prize money be paid out?
A: Prize money will be paid within 60 days after receiving the required payment information from the organizations, detailed below.

Q: What countries are eligible for the HomeMasters #3 Qualifier?
A: Players who wish to form a team and register in the qualifiers must be citizens of one of the following countries:

Q: Do all the players from a team need to have the same nationality or live in the same country?
A: No

Q: Where can I find the HomeMasters #3 media files?
A: Here is our Tournament Logo.

PARTICIPATION
Participants must play via their registered CME.GG accounts and be present 15 minutes before their match.
Players must use their real nick names in-game (from ChallengeMe.GG platform)
​
MATCHES
Max Rounds = 15 per half
Round time = 1:55 minutes
Freeze time = 12 seconds
C4 Timer = 40 seconds
Buytime = 15 seconds
Overtime Rounds = 3 Rounds per half
Overtime Money = $10,000
Knife round: 5v5 ON
If a team is unable to field 5 players during the check-in or in the warm up, a loss will be given to said team. An admin is however able to restart the map in certain scenarios.

Lobby invitation will be sent 10 minutes before the map veto and will be visible on the dashboard.Upon the lobby countdown completing with all players in, team captains will begin the map veto process. The system will randomly choose which team goes first. The map veto process is completed on our website and has the following rules.

Pausing is allowed by team captains by entering “.pause”. Pauses may only take place once per half, for each team. Anyone besides team captains found pausing or abusing this function could face disqualification. Examples of technical issues requiring a pause is server lag, which a team captain can then report to an admin, player crash etc. Pauses will have a 5 minute timer and can be resumed by entering “.unpause”. This must be done by both team captains in order to unpause.

Players must stay on the server post match and await to be kicked out by CME.GG. This usually takes only 1-2 seconds.
All matches of the tournament must be played, otherwise this will result in a disqualification.

CHEATING / BANNED PLAYERS
We do not allow people with banned Steam Accounts or League accounts that are banned for cheating to participate in any of our Tournaments.
Being caught trying to lie or cover up any given League or Account bans will lead to a permanent exclusion from everything related to HomeMasters and Playing Ducks.

DISCONNECT/LAG
Once the match starts, there will be no restarts. Any issues in lobby or during warm up can be reported to an admin. Otherwise, any issues during the match will have to be dealt with by competitors. An admin is able to overrule this under specific circumstances.

The following start parameters are forbidden:
+mat_hdr_enabled 0/1
+mat_hdr_level 0/1/2
​
TOURNAMENT FORMAT
The format for each tournament may vary. For more details on your tournaments format, check the overview and bracket.

GAME PROTECTION
Every Tournament is protected by our ChallengeMe.GG Client, VAC and server side anti cheat. The admin team is always able to turn the ChallengeMe.GG Client protection off under certain circumstances. This decision is made only by admins. After every tournament players are checked in terms of Tournaments Rules and Terms of Service validation.
You are always able to contact an admin during the tournament if you are not sure about your enemy. After the game you are always able to download demo from finished match page. Please prepare appropriate evidence like tickrate/timestamps of demo to dispute the final score.
POV demos are necessary to record. To record demo simply open game console (activate console in options and use default key “~”) and write “record <-name->” for instance “record match1”.

RECEIVING THE PRIZE
After validation of Tournaments Rules and Terms of Service, the player can receive their prize according to the specific tournament prize pool.
The following actions are strictly prohibited during a game and can result in your account being suspended:

Any form of external script is forbidden.
Using bugs which change the game principle (i.e. spawn bugs) is illegal.
Moving through walls, floors and roofs is strictly forbidden. This also includes skywalking.
Planting the bomb so that it cannot be defused is illegal.
„Flash bugs“ are forbidden
„Map swimming“ or „Floating“ is illegal.
„Pixelwalking“ is illegal (sitting or standing on invisible map edges).
Using 16 bit graphics.
HE/Flash/smoke throw script is forbidden.
​
Any use of forbidden 3rd party software that is not allowed by the game publisher or exploits will result in a permanent ban from CME.GG and disqualify the offender’s team from the tournament.
If suspicions of forbidden in-game settings or actions is made the accusing team can request maximum two demos from the defending team. This request have to be made to the administrator within 15 minutes of the game ending. The request must be made via the given Discord server where admins are available.
If an in-eye demo can not be produced, the team will receive a disqualification. When a demo is presented by the accused team, our admins will look at the demo and make a decision based on what they see. The accusation should be as precise as possible i.e. use of flash bug, pixel walked, forbidden bomb plant and so on.

AGREEMENTS
Players are able to agree on certain terms before a match, such as waiting five minutes for a final player. An admin must confirm such agreements before the match starts.
An admin is able to overrule any decision made but will of course be aiming for quality matches and fairplay.

SERVERS & GOTV
Servers will have secure passwords that are only accessible to participants, admins, broadcasters or any other approved spectators.